This week I put together a video giving an example of how to structure a Kata-Based-Sparring drill. I added it to the app yesterday (search "iain abernethy" in the App Store or Google Play Store). There’s some clips from it that I thought people may find interesting:

The first shows the opening movements of Naihanchi / Tekki Shodan being applied. Note how my open hand locates my partner’s head, and how the hiki-te redirects my partner’s attempted throat grab (first motion of Jion) to clear the path for the elbow. You can also see how I begin the motion by stepping so I have a sideways position relative to my partner; as advised by the embusen of the kata.

This second one shows the live use of the kicks in Naihanchi / Tekki Shodan. My partner moves to land the kick on me; very nicely timed on Tim’s part because my weight had just shifted onto that leg. I am not quite able to get my knee up to block it. I then attack with the same kick as Tim attempts to step forward.

The specific drill we were engaged is was mainly about working throws. At one point I slipped my head under to land a variation on Funakoshi’s Byobudaoshi throw (one of the nine from his book, Karate-Do Kyohan).

Live practise is a must and Kata-Based-Sparring is a core part of my four-stage approach to kata (explained in the video below). Kata was never intended to be an alternative to live practise. Kata is a repository of knowledge to inform us what to do in that live practise:

“Kumite is an actual fight using the methods of kata to grapple with the opponent.” – Choki Motobu

“Sparring does not exist apart from the kata, but for the practise of the kata.” – Gichin Funakoshi

The traditional link between kata and kumite has been severed in many schools. Skewed ideas about kata are all too common. Therefore, many people can’t see how their notions of “kata” and “kumite” can be reconciled. However, when both practises are viewed from the correct perspective, the true beauty of karate becomes clear.

It was a fun spar and Tim was kind enough to give me a few gifts to take away too :-) 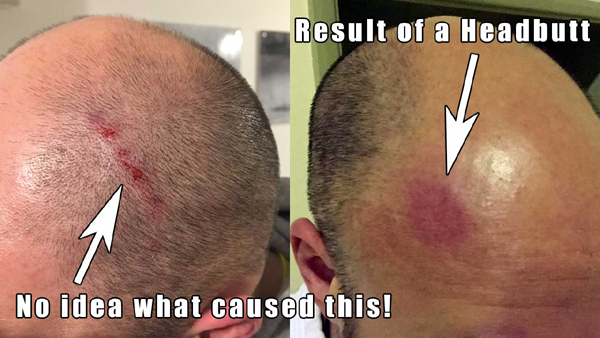 Looks like great fun, and we do very similar training--my Sensei liked to call it "kata randori." We are definitely of the opinion that your training should enable you to fight using the techniques of the kata, rather than separating fighting from kata practice. It's tough to get that across to people, sometimes, unfortunately.

Wastelander wrote:
We are definitely of the opinion that your training should enable you to fight using the techniques of the kata, rather than separating fighting from kata practice. It's tough to get that across to people, sometimes, unfortunately.

Definitely. I think it is because many people misunderstand the nature of kata and the purpose it is supposed to play.

If you think of “kata” as impractical techniques for “use” against cooperative partners acting in scripted ways, then it becomes impossible to see how that would work in free-flowing conflict (because that faulty take on “kata” would not work). Additionally, if you think of “sparring” as only being martial duelling (guards up, at a distance, moving in and out of range, a complimentary skill set, etc) it again can seem confusing to people how kata would fit with that (because it doesn’t).

If you understand “kata” and “sparring” in the way that folks like us do, their relationship is obvious and inextricable.  However, if you have a faulty view of “kata” and a limited view of “sparring” it seems really confusing how the two relate to one another … because using those definitions they don’t.

As I said in the app video these clips come from, “people find the idea of kata-based-sparring confusing, and I find the fact they find it confusing, confusing.” I guess it comes down to definitions and pre-existing thinking.