Over the last few months we have had people from Germany, UK, USA and Switzerland achieve instructor status! These are all experienced martial artists who have their own well established and effective approaches. The instructor programs I run are not about getting people to do exactly as I do, but to acknowledge that those who participate understand my general approach, and are people that I would recommend to others wanting to understand the workings of kata in combat. They are all good people who have worked hard, studied deeply, and who really know their stuff! 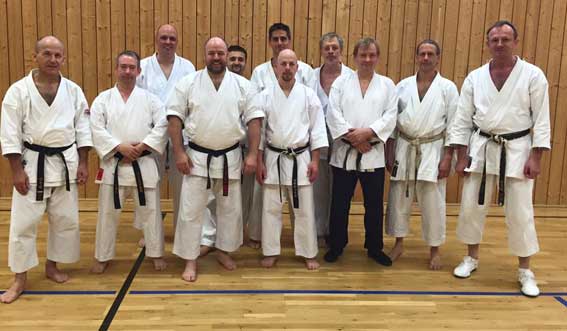 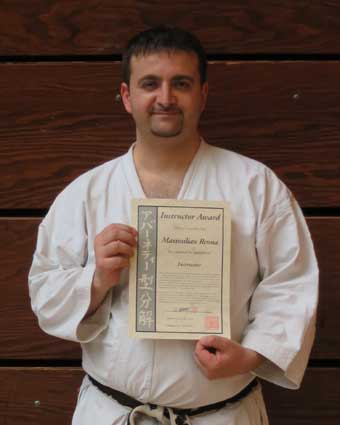 Maximilian started Karate in 1981 at a „McDojo“. In 1989 he switched Dojo, and entered the German Karate Federation (DKV) where he had to restart again. Maximilian did a lot of competition up to international level, mostly kumite, up until June 2000, when he had a severe injury of the cervical spine - fractured two vertebrae at the German Championships in Berlin. He graded to 1st dan in 1997 and 2nd dan in 2000. Upon leaving competition karate, he has practised applied karate ever since. He is a Certified Karate Trainer Level A (highest level) with the DKV and the German Olympic Federation (DOSB). He has studied karate since he was 15, he has studied sports science and worked and trained in a lot of different sport settings, not only martial arts. 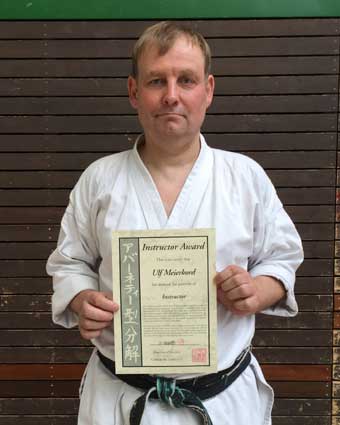 Ulf hold the rank of 2nd dan and practises karate for self-defence and places a heavy emphasis on bunkai. He also teaches self-defence to individuals and organisations. He also practises Krav Maga, Kali and Historical European Martial Arts. 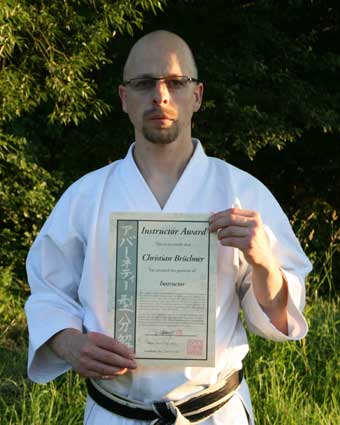 Christian Brüchner holds the rank of 4th dan in Shotokan and 3rd dan in Kobudo. He is also a certified trainer self-defence and violence prevention. You can learn more here: www.karate-esb.de 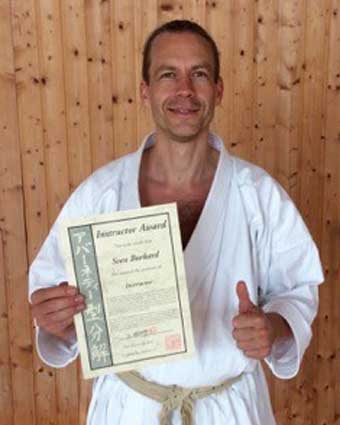 Sven Burkard, 5. Dan, started Karate in 1984 and he is an Instructor at the Sportivo Karate Dojo in Emden/Ostfriesland . He works as an instructor for Karate, violence prevention and self-protection at schools and other public institutions and in the DKV (german Karate association). He practices Shotokan Karate. 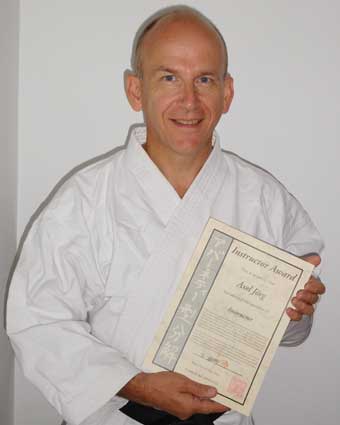 Axel Jörg is graded to 5th Dan Shotokan (German Karate Federation) and has practised karate since 1984. He is a member of MTV Winsen. 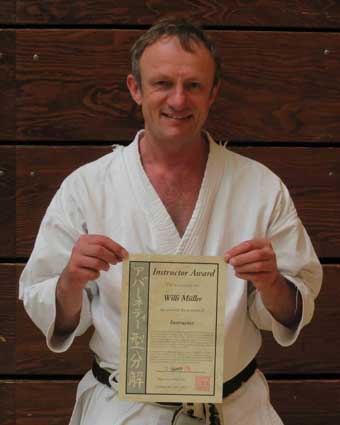 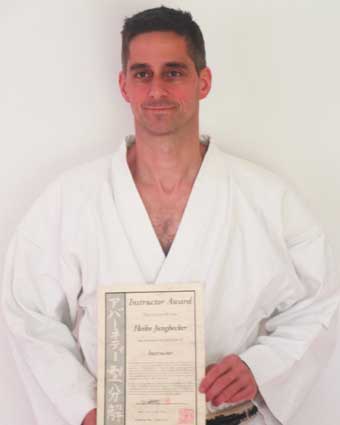 Heiko Jungbecker (Germany) started his karate training in 1987 and practices also other martial arts for more than ten years now. Beside pragmatic Karate he mainly trains in Brazilian Jiu-Jitsu, Kali and Ju Jutsu. Heiko is an instructor since 1991 and teaches self-defence Karate at the Budo-Zentrum Meckenheim (near Bonn). 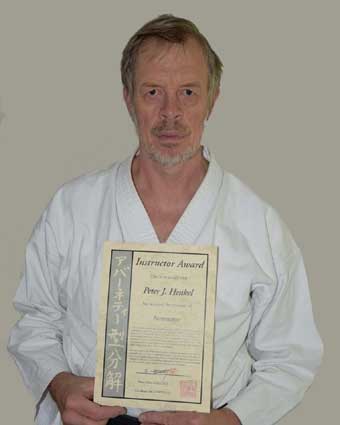 Peter Henkel (Germany) started his karate training in 1972 when the mainstream karate was traditional competition. During the last few years he began to really appreciate all "the heavenly glory“ (Bruce Lee) that exists outside of competitive karate. Peter prefers to teach Kihon with an immediate transfer to practical bunkai and sparring. He is an instructor in Grünwald near Munich and the sources of his teaching are kata and self-defence. 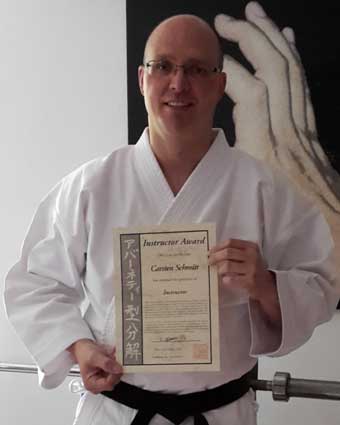 Carsten Schmitt has been practising Karate since more than 25 years and is holding a 3rd Dan in Shotokan Karate and a 4th Dan from the World Combat Association. After years of practise in Sports Karate as a competitor, coach and also in the organisation of tournaments he started investigating and practising the practical part of Karate. 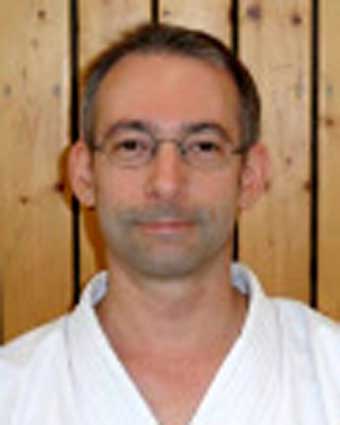 Holds the rank of 4th dan in karate. He is an A-coach with the German Karate Federation (DKV). 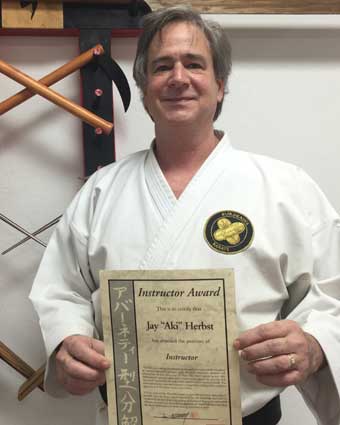 Jay Herbst (known as Shihan Aki in his dojo) has been training in karate for over 46 years. He began at eleven years old by watching Bruce Lee movies, but found an actual Sensei a couple years later. His primary teacher is Grandmaster Timothy Brooks of the Hayashi Shito-Ryu lineage, and holds the rank of Go Dan in karate and Go Dan in Kobudo.  He and Master Joel Coffin ("Renshi Taka") run Kobushi Dojo in Fort Myers, Florida, USA, where they teach traditional Shito-Ryu karate, Kobudo, bunkai-based self-defense, and sport karate (KobushiDojo.com). 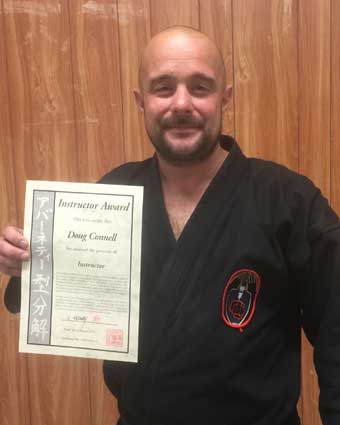 Shogun Practical Karate is based in South Herts/Middlesex area and its main focus (as you might've guessed by the name) is on the practical application of Karate. Doug started the club 6 years ago and with the help of Greg and Joe has built it into the "go to" practical, realistic clubs in the area.
More info on the club can be found at www.shogunpracticalkarate.com 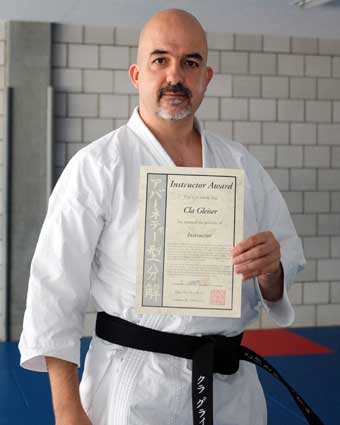 Nintai Karate Thawil is a Shitoryu karate dojo near Zurich, Switzerland. In their training, they focus on simple and applicable principles and techniques relying on the rich content preserved and handed down in kata.