It Depends and Other Scary Things

It Depends and Other Scary Things 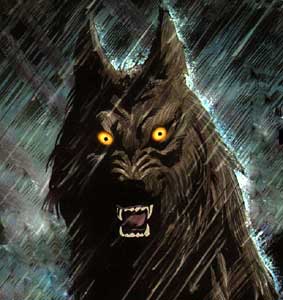 It’s hard to think of anything more chaotic than conflict. There are so many variables with everything changing from one split second to the next. Until safety or victory is assured, we are always a hairsbreadth away from disaster. That’s scary! I can therefore understand why people want to tame the “big bad wolf” by projecting certainty onto conflict i.e. “this always works”, “our system is the best”, “always do this”, “never do that” and so on. The truth though is that there are so many variables that what is best in one situation or one instant, could be disastrous in another situation or another instant.

In answer to “what is best?” the most truthful answer is often “it depends”. However, that answer does not instantly tame, and make instantly understandable, the rampant beast of conflict. That’s why people don’t like “it depends” as an answer. It’s a scary answer! That’s also why martial artists are, on the whole, p##s poor at dealing with nuance. They don’t want the uncertain truth. They want the comforting lie of certainty. They want to pretend that the uncertain and chaotic is known and ordered.

Even when people argue for their certainty over the certainty of another, nuance remains the real boogieman. Even if someone else’s martial certainty is deemed wrong, at least they agree there is a martial certainty to be found. Very few accept the truth that “it depends” because it means looking the big bad wolf in the eye and seeing it for what it is.

When we look at mythology we can see how scary monsters are always defeated with one simple action. Sunlight on a vampire. A silver bullet for the werewolf. Beowulf using the ancient sword to slay Grendel’s Mother. Oedipus knowing the answer to the riddle of the Sphinx. There’s always one tool or one action that defeats the scary beast. We like these stories, and they survive the test of time, because they give us a notion of control. We just need to know the fool proof trick, or possess the all powerful tool, and then all will be well. There is nothing to fear and victory is certain. Many martial artists cling to this idea too. The real world is different.

There are no certainties, no “one size fits all” infallible answers, and there are no guarantees. Nuance matters. “It depends” is true. Ironically, it’s scarier but also safer to see the beast for what it is